4 Benefits in Creating More Than One Partition

Your computer can never work without a hard drive. This important hardware serves as the storage of everything and without it, there will be no Windows that can be installed on it and in fact, it wouldn’t even turn on. Every working computer therefore has at least one hard drive installed in it. Others that have hardware which support multiple hard drive installation may have more than one but most computers only have a single hard drive.

Each hard drive installed on a PC has one partition labeled as drive “C:”. This partition bears the operating system and most people are aware of its existence. However, there are only a few people who know that you can actually add more partitions to a Windows computer. Yes! You can actually borrow some space from the existing “C:” drive and create a new partition with it.

In this tutorial, we will be learning some of the benefits that you can get in creating more than one partition on your Windows machine so if your computer has only been running on a single partition all these days, you might want to create another one in it and use it according to the benefits that we will be discussing below.

How to Know the Number of Partitions in Your Computer

Of course, you wouldn’t know if your hard drive memory is partitioned or not if you won’t check. To see how many partitions are currently available in your computer, all you need to do is access the “This PC” section from the File Explorer. To do this, you will simply need to press on the Windows + X keys or right-click on the Star Button. After you do so, a white box containing a menu will appear and from here, just click on “File Explorer”. 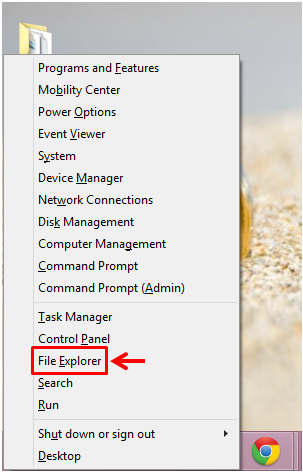 When File Explorer opens, it will automatically show you the “This PC” section where all you available hard drive partitions as well as other storage drives like flashdrives, disk drives or even portable hard drives that are connected to your computer are displayed. 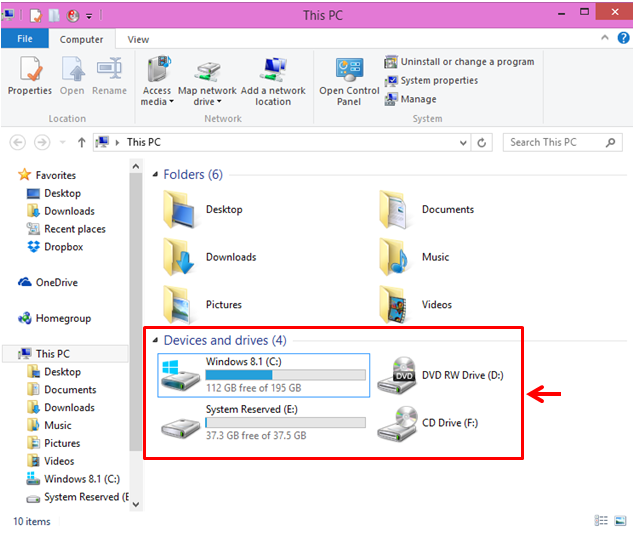 The screenshot above that I took from my computer shows that I have two partitions available on my machine. There was originally one available partition, the one that bears a Windows logo which is named “Windows 8.1 (C:)” but I added another one which I named “System Reserved (E:)” where I can store important files for safe keeping. To learn more tricks on how you can rename and make changes on an existing partition, you can read our previous tutorial that discusses this topic and even more!

What Can You Get From Creating More One Hard Drive Partition?

Now this is a very good question to ask, what exactly are the benefits of creating more than one hard drive partition in your Windows machine and why should you set aside some space which would actually take away available space from the hard drive partition where Windows is installed. The answer to this varies and it all depends on what a user want to use the partition for but here are common benefits that you can derive from creating more than one partition.

1. Allows 2 Operating Systems in One Computer

One of the most awesome thing that multiple partitions would allow you to do is having two operating systems installed on your computer. Well, you might not really need to do this but there are people who would like to do so. For instance, you can install Windows 7 in one partition then Windows 8.1 on the other. 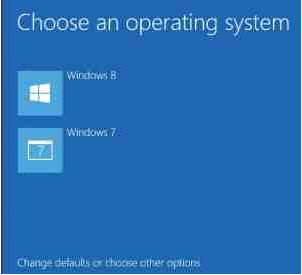 Having two partitions is needed in order to separate all system files and other information in each operating system. Two operating systems in one computer is called “Dual Boot” and if you want to learn how it is done, you can read our tutorial that shows the steps in creating dual boot configuration on a Windows computer.

2. Keeps Your Important Files Safe in Case Your Computer Fails

Another important use of an extra partition is it can serve as a separate storage for your personal and other crucial files. Just think of it as a safe vault where your precious files will be stored away from the partition where your operating system is installed. You never really know when a virus would infect your computer and destroy system files or cause data loss so you need to create a safe place where you can store these important files. There are many ways in doing this. For instance, you can purchase a portable hard drive where you will store all your precious files or take advantage of a cloud storage service like OneDrive or Dropbox. 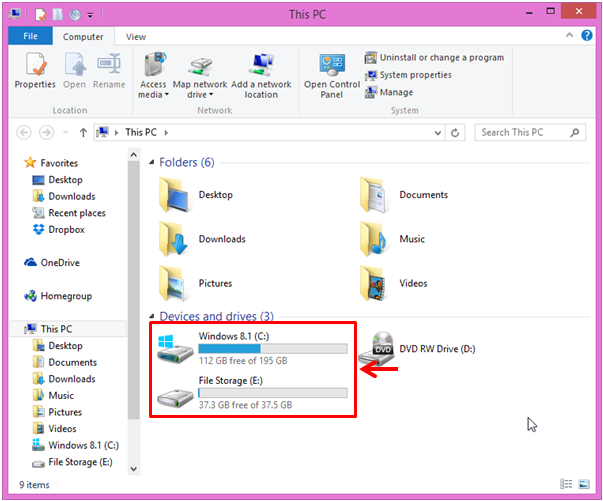 However, if you want a quick access to all your important files without the need of accessing any cloud storage account or attaching a storage device to your computer then creating another partition would be a great idea.Having at least two partitions where the operating system is installed in one and your personal files stored in the other ensures that your files would still be able to be recovered even at the event of a system failure that would need Windows to be re-installed.

3. Organizing Files is Made Easier

Having only one partition to handle everything can be very stressful. Just imaging the folders, files and all the other stuff that will be stored in it. As you use your computer in creating documents, copying files from your smartphone or tablet and downloading different stuff from the Internet, it would also have the tendency to become disorganized and messy. This is why having more than one partition becomes an advantage. For instance, you can choose to store downloaded files into the other partition instead of having it placed in your system drive partition.You can organize files easier in this manner than having only one partition which contains a long list of files and folders that can become very hard to sort out when you try to look for something in it.

4. More Than One Partition Improves Performance

According to an article published in Wikipedia, hard drives prefer small chunks of data being processed in it which are stored in different partitions than having to deal with it in a bigger sized partition. This actually means that having more than one partition in your computer can improve system performance. The boost is not that match but it can be a good way in preventing errors on your disk. For instance, creating a partition that is 20-30% of the total size of the hard disk allows a process called “short stroking” to take place where the number of delays in positioning the head for reading data is reduced significantly thereby improving the processing capability of your computer.

Now that you have discovered the good things that multiple partitions can do to your computer, it is time to create a new partition in your computer using the Windows Disk Management Utility. The process is very easy and you won’t even need assistance from an expert to it by yourself. To learn the process in creating hard drive partitions in your computer, you can refer to our previous tutorial which details the steps for you to follow so you can start enjoying the benefits of having more than one partition in your Windows computer!